Resident of The Workshop, Auckland.

In this edition of the people of coworking we chat to Shanshan Ge. Shanshan left her Institutional banking job at ANZ earlier this year to pursue her yoga business, Mind Ge. Mind Ge is yoga designed with the friendliest (0% judgement) of styles and focuses on mindfulness to help corporates escape their stressful 9–5.

Working as a corporate banker, trying to live up everyone else’s expectations, juggling full time work, family & social life, everything was getting to much. She had the mindset that “if I complete my to-do-list and accomplish my goals I’ll be in peace & be happy but this wasn’t the case. Shanshan’s mental health was taking a turn for the worse, experiencing a number of panic attacks and slipping into depression — she was facing severe burnout. During this period she was recommended to try yoga, but in this time of her life yoga just seemed like another chore — another thing to tick off the to do list.

It wasn’t until Shanshan started focussing on herself that things started to turn around. She had noticed a pattern, she was focussing on filling external needs putting herself on the backseat. She began looking into yoga in more detail, studying the philosophy and the origins behind the practice. Realising that yoga is not all about bending and perfecting form, but rather a mindset that results in inner peace de-stressing the mind and body.

Shanshan trained as a yoga teacher in part-time, whilst continuing to work full time in banking. She began teaching yoga classes at a local community centre, and also rolled out sessions at the bank itself - with the vision of helping others going through similar situations she was facing. Unfortunately the sessions didn’t get much support from the corporate hierarchy, Shanshan struggled to get approval to source a space in the office dedicated to practicing yoga.

Taking matters into her own hands, Shanshan personally sourced a space out of her own pocket and begun advertising to her coworkers about the classes she was offering. The classes were quite popular initially within her network, but slowly died down due to inconsistency in attendance. Shanshan was investing a lot of energy, time and money into putting on these classes, and the lack of support from the bank disappointed her. It was at this point Shanshan evaluated the situation, the only time she really truely enjoyed during her week were the few hours teaching yoga.

Shanshan is great friends with Kristen, co-founder of The Workshop. Kristen proposed the question “What is it that’s holding you back turning those few hours of enjoyment into your main gig?”. The following is a real story, a true epiphany moment! Kristen and Shanshan were out for a early morning ocean swim. Shanshan found herself in the middle of the channel, when she became overwhelmed by a sudden panic attack. She was in the middle of the channel, never before been past centre point. It was the same distance back to the shore as it was to the other side. It was extremely daunting at the time, the other side was unknown, un-explored but she mustered up courage to push past the fear.

That evening Shanshan decided to explore the fear of the unknown, took a leap of faith and put her letter of resignation in. The same week Shanshan was offered numerous other positions at other banks, but she had made up her mind. If she wasn’t doing what she truely loved and was passionate about, she would never find a real sense of happiness.

“If everyone in the world could face their fears, it would be a different world”.

Breaking free from the nine to five

The transition from corporate to coworking

“I’ve forgotten about the pain, I could never go back! The community are there to help, alway somebody to talk to and learn from. There is no sense of hierarchy or competitiveness, I love the collaborative aspect and the personal relationships that are crafted”.

Space is something we don’t often have in our busy life these days, whether if it is the space to think, space to focus, space to move around… “The Workshop has this magic vibe that gives you all sorts of spaces you need, to focus, to create and to do the things you love.”

A huge thank you to Shanshan for taking the time out of busy schedule and sharing her story with us. Her journey is true inspiration to others going through similar stages in their entrepreneurial journey, and highlights the real importance of surrounding yourself with like minded humans!

Mind Ge- (Mind Generates Energy) is driven by raising awareness for mental health and wellbeing. As part of the awareness project, Mind Ge has developed a yoga drawing therapy programme that helps people download their emotion through art as an universal language. To find out more about this awesome project contact Shanshan via email at shanshan@mind-ge.co.nz

As part of an act to raise awareness to mental health, Shanshan will be hosting a Yoga & drawing therapy session on the 15th of July Saturday morning 9:15am. The session will be held at the The Workshop Auckland follow the event link below to get involved!

Get yo tickets here!

Awesome! Check your inbox for updates from us in the future!
Oops! Something went wrong while submitting the form
MORE ARTICLES

By
Christine Donaldson
Tweets by MyCoLoLife

We chat to Rebecca Tavete Collaborative Manager of ARGO Co-working Space, a boutique workspace located a stones throw away from the beach.

In this edition of People of Coworking we chat to Maria Colls, a self-taught artist from Wellington & sponsored member of BizDojo. 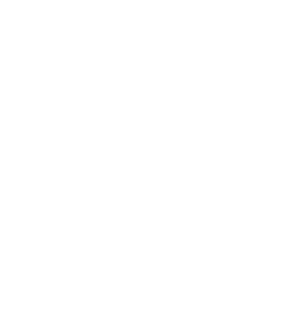